Accessible, dramatic and properly educational geography and geology field-trip — with a bit of Viking thrown in.  Definitely worth doing, and easy to do independently. 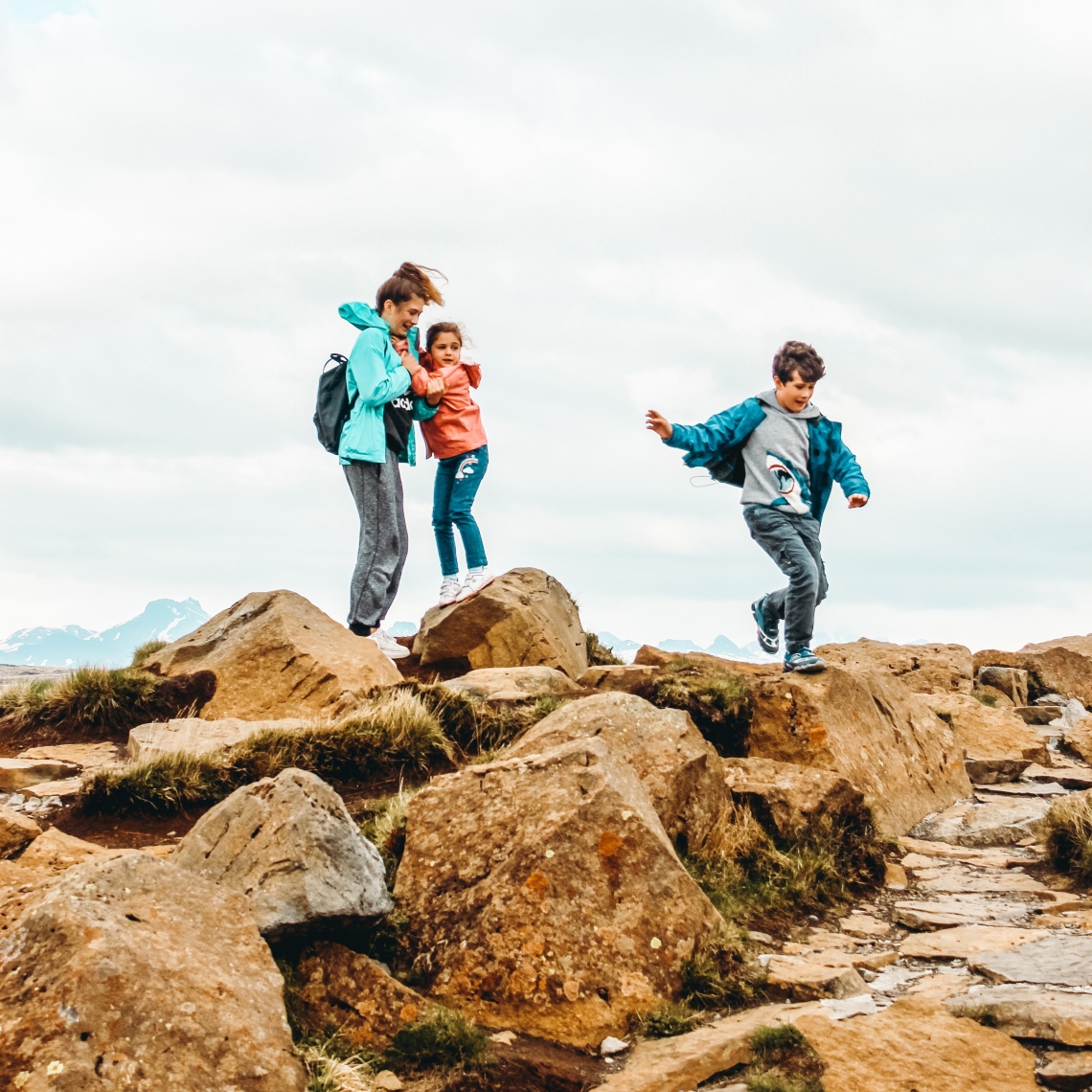 Day 1:  The Big Crack, geysers in Geyser and the mighty Gulfoss waterfall

So for our first proper day in Iceland we opted for the classic Golden Circle tour, starting with Thingvillir: ancient seat of Viking power and also slap bang in the centre of the Icelandic rift valley (or Big Crack, as we renamed it) that’s been formed by the European and American continental plates moving apart at a rate of 1.5cms per year.  Kids very excited about their first ever trip outside of Europe, but apart from that, I’m sorry to report that
a) it was freezing (we definitely under-packed for this trip which meant a lot of repeat clothes-wearing)
b) it was expensive
c) the coffee machine was broken and
d) I had to pay for the toilets.

Not a fantastic start to the day, overall, but worth it on balance — where else can you get such an exciting dose of history and geography combined?

Iceland’s attractions are often remarkably visible from the (only proper) road, which means that from the moment you land at the airport you’re in the thick of it; driving right through lava fields, spotting steaming pools, glimpsing volcano-shaped mountains on the horizon or simply spotting Icelandic horses and foals (they’re everywhere, including on menus) — all brilliant for those moments of boredom in the car as there is always something to look out for.

The Strokkur geyser at Geysir is no exception. You could quite happily see it sitting in the car with a sandwich.  And that’s just one of its charms. Others include its reliability (it erupts every few minutes) and its camera-friendliness (you get a cameras-ready warning in the form of a light blue dome of water appearing in the pool).

Its best thing, though, is the audible joy and wonder in the crowd when it blasts, a sound I’ve only otherwise heard whale-watching.  When we were there everyone gasped, every time.  It was as though the eruption was a huge surprise and we just all happened by some flukey coincidence to all be standing nearby behind a rope, cameras all pointing towards the same bubbling pool. 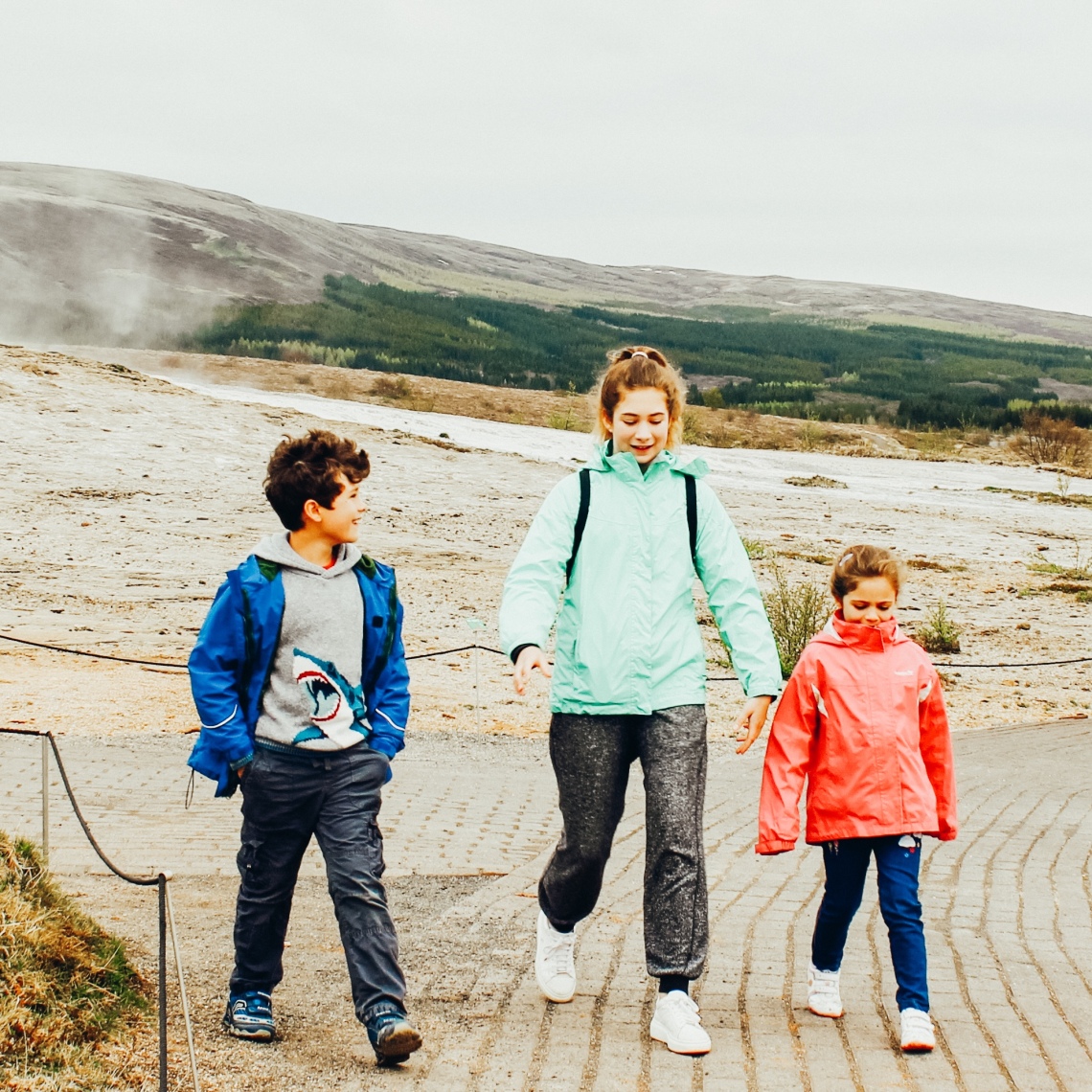 It is properly exciting, and great fun for kids — especially if they get wet — and we spent a very happy hour or so wandering, watching and playing who can get closest to the spray.

There is another geyser here. The main one is three times the height of the amenable Strokkur geyser, but is much less predictable and erupts only sporadically.  We did stare at the pool for a while just in case, but sadly no action for us this time, so we popped to the adjacent cafe for very tasty pizza, soup and cake instead.

Last stop on our whistle stop Golden Circle tour was the thunderous Gulfoss falls.  Icelanders genuinely believe in Elves apparently (you can look for random curves in the road where builders have had to detour around an elvish house) and Iceland is also full of lovely folklore. One of the Gulfoss legends has it that a rich man threw all his gold over the falls to prevent others getting it, hence the name Golden Falls. Another love story involves two shepherds separated by the mighty falls, one gigantic leap and a happy-ever-after ending. 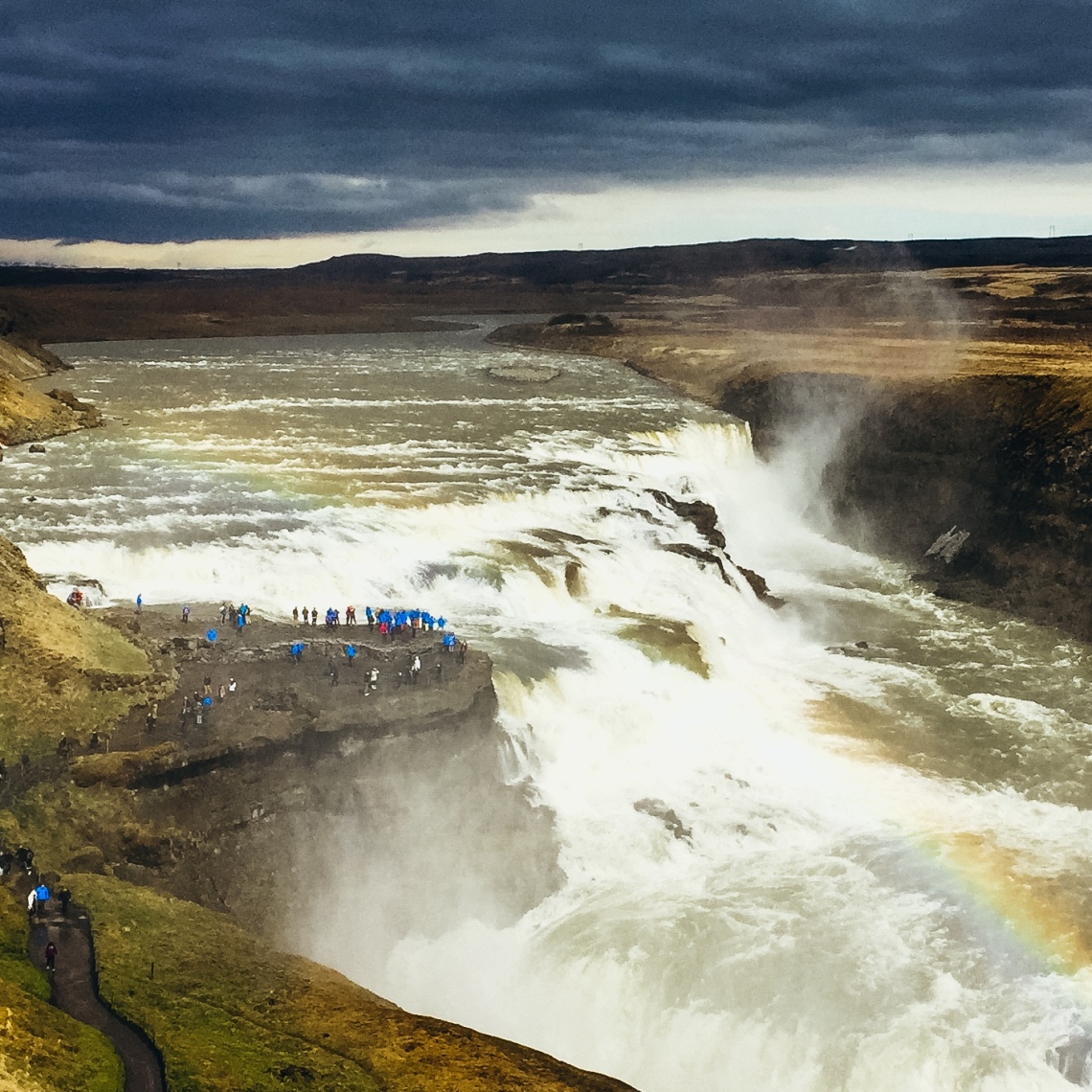 It is impressive, especially in early summer when the winter ice is melting. There are a couple of viewpoints, and you can walk along a path to a ledge which is very close to the water itself.  (Health and safety klaxon: there’s really not very much at all between you and the edge here except good sense and sure feet.)

Just as we all started to get slightly scratchy at the end of the walk, the sun appeared for the first time, touching the mist from the falls and creating some utterly lovely waterfall rainbow magic.  We got slightly carried away with the photos (I think the pic below is one of about a million that we took between us) but it was absolutely beautiful.

Day 2:  Southern Iceland’s waterfalls, a glacier, a volcano and a natural hot bath … and a 3 cup challenge

Verdict day 2: we LOVED this classic touring day through Southern Iceland. Beautiful waterfalls, a touchable glacier and a hot tub fed by the unpronounceable volcano

Coats on. Hoods up. We’re going in.

1.  Selljalandsfoss  waterfall and cup 1 of the challenge

There were plenty of waterfalls visible from the road on this tour, but we were after one that we could walk behind, so this was our chosen first stop of the day.  It was properly impressive, magical and even ethereal, despite all the people. 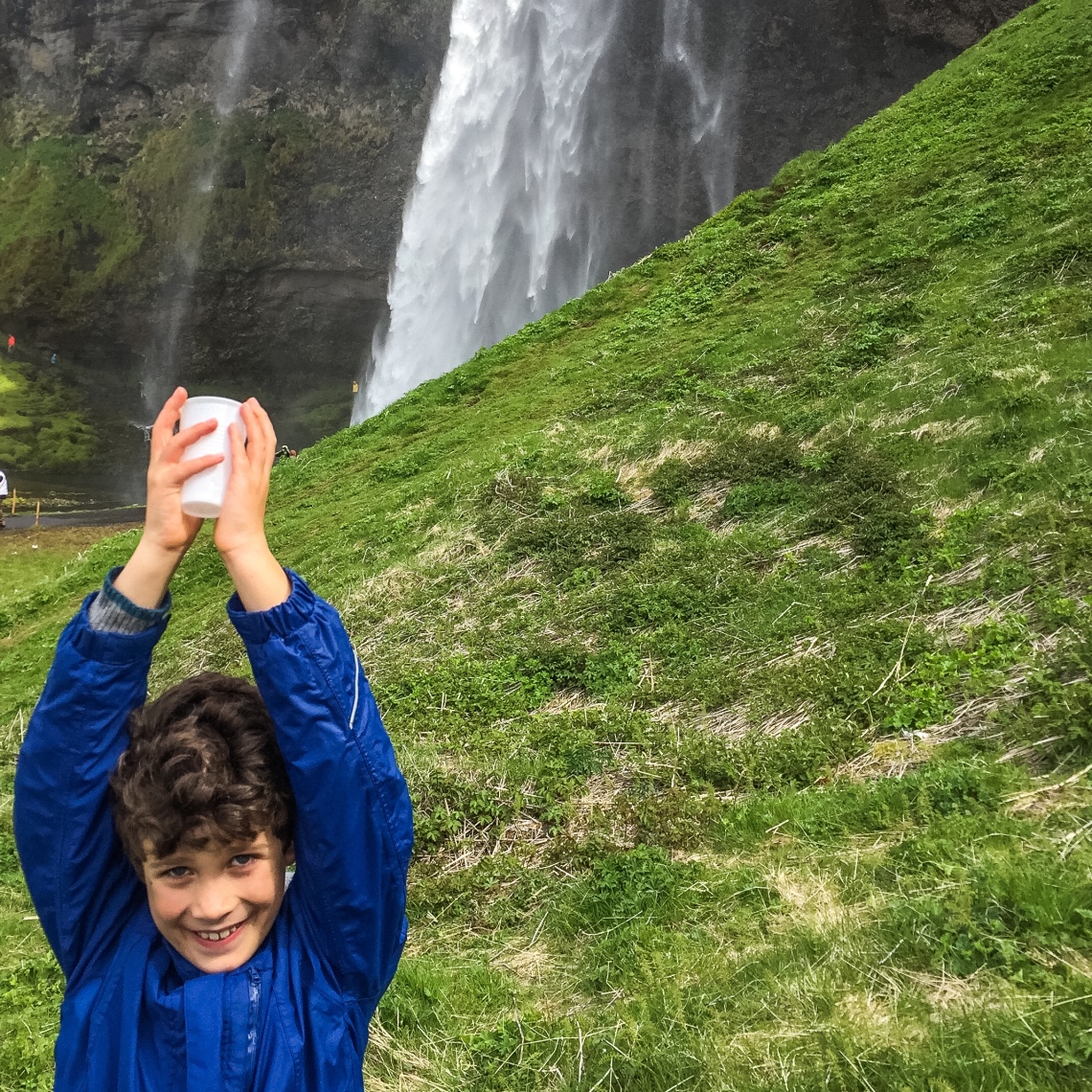 Once we’d admired it from afar we joined the queue to walk behind the thunderous water.  We were warned that we might get wet so had come prepared, but Isaac’s challenge — to collect some actual waterfall water — meant that he got completely soaked.

Annie’s challenge: to collect a cup of water directly from a natural spring.  This involved a fairly easy swim across this smallish pool to the hottest part where the water comes off the unpronounceable volcano and feeds the pool.  Easy peasy!

Everything about this felt like a mini adventure. You have to park 15 minutes away and then walk to the pool along the bottom of the volcano, alongside a glacial river and across a rickety bridge.  I think we may have scared the kids with our stories of the eruption in 2010 when all flights were grounded (and this pool was completely clogged with volcanic ash) but after a while they got fairly blasé about the fact that they were walking and swimming just below a live volcano. (There’s a film of the eruption and its effect on a local farm shown in the local exhibition nearby which sounded well worth watching but we were on a glacier mission so had to skip it this time.) 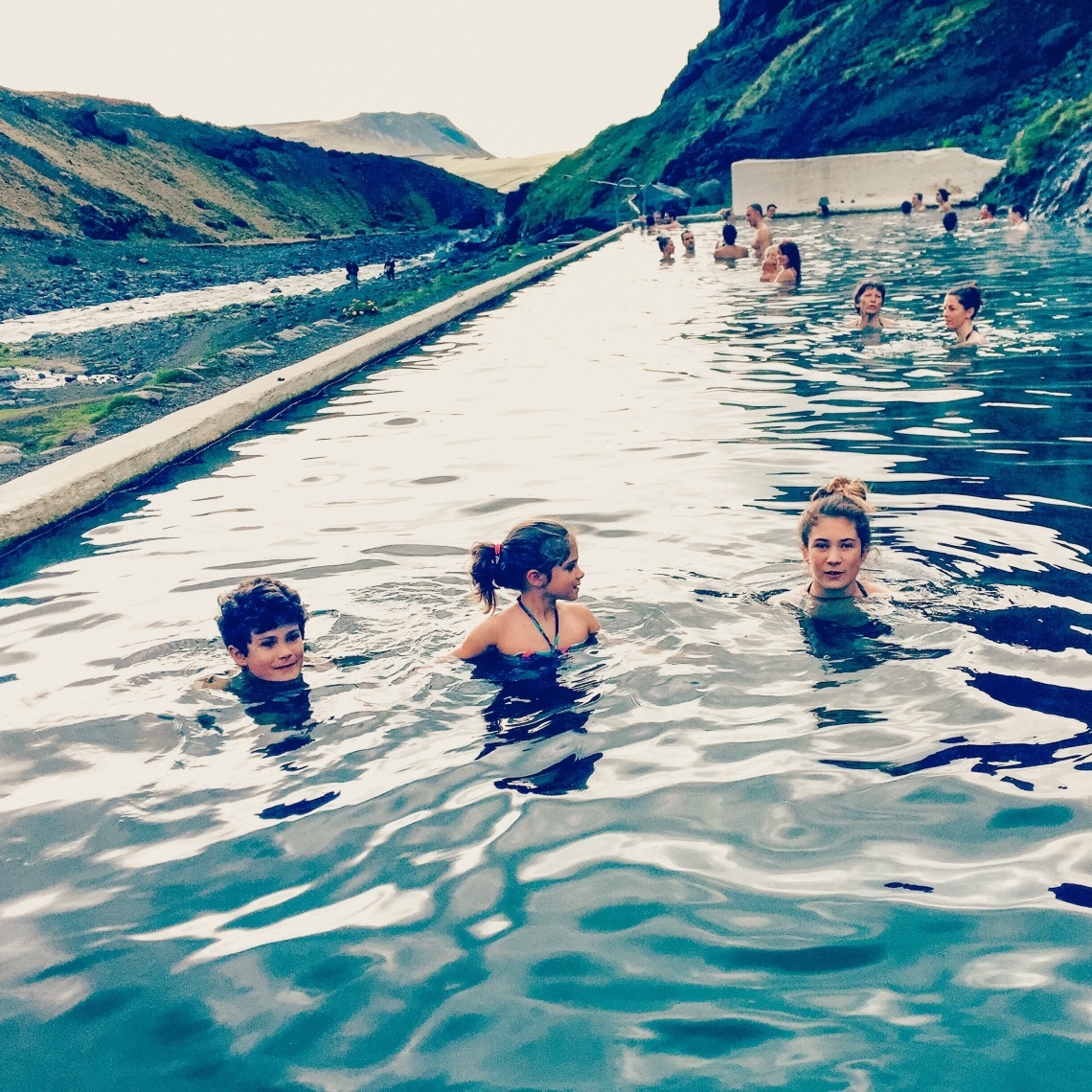 3.  A glacier with a name beginning with M (Myrdalsjokull), and our final cup challenge

The final cup challenge was to collect some glacial ice.  There are plenty of glaciers in Iceland, and many operators offering snowmobile or trekking trips onto the glaciers themselves. There’s even an amazing-looking trip inside the Langjokull glacier, but we a) weren’t organised enough b) didn’t really have enough time and c) were probably too young on average to do any of these, so we contented ourselves this time with the user-friendly option of a 20 minute walk to the Myrdalsjokull glacier.  Another crowd-pleaser this one — dramatic, accessible and properly educational. 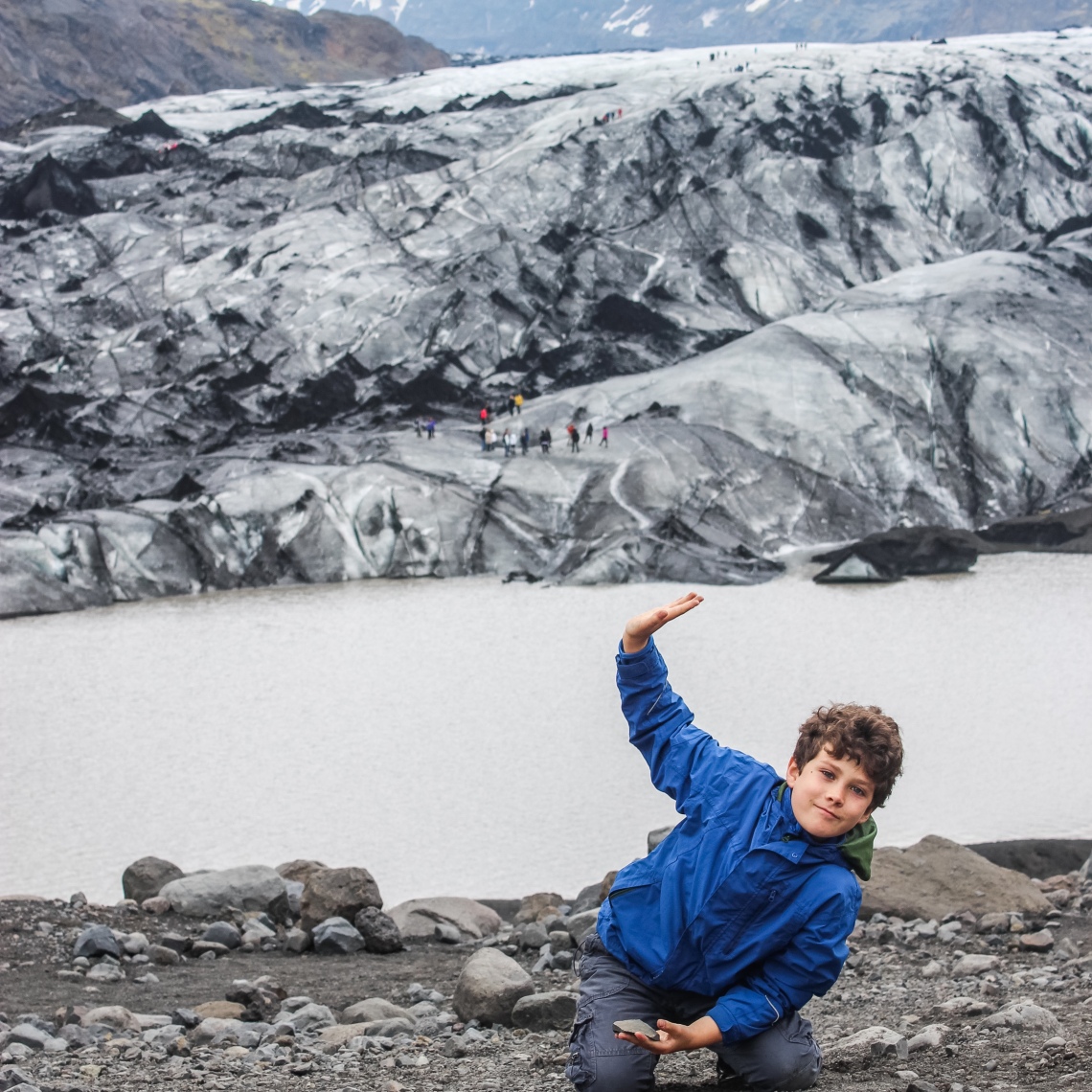 A slight aside, but, after a top secret tip from a local who asked to remain anonymous we went off the beaten track (I’m pretty sure we were trespassing in fact) to find a colony of wild seals on a fjord.  We spent about an hour finding the place and then creeping around silently (also, for Isaac, dodging the seaweed as he suddenly developed a terror of the stuff) and taking — again — a gazillion photos.

We flew with Wow Air, Bristol to Reykavik.

We stayed at the gorgeous Hotel Glymur, Stay Apartments Reykjavik (good value and clean but fairly basic) and Keflavik Airport Hotel (fine for one night).

We hired our car with Europcar.

We didn’t pack nearly enough warm clothes. Take plenty, even in summer!  Or, as Icelanders call it, Winter-Lite. 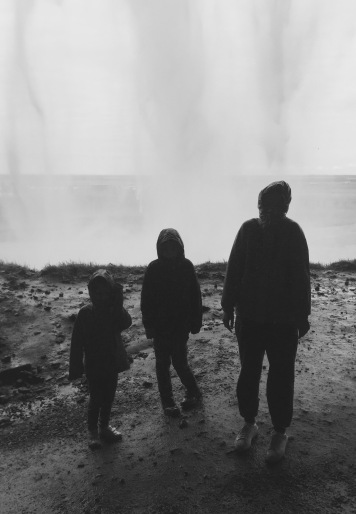 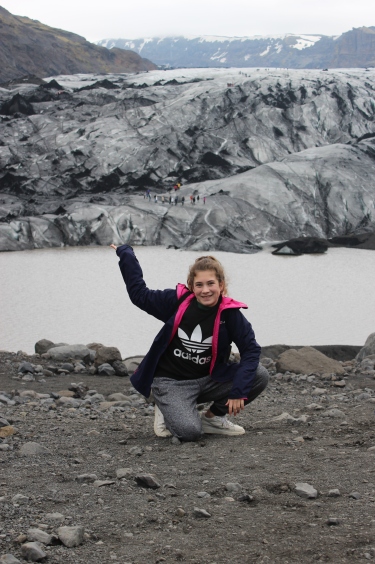