Verdict: So iconic. And possibly the perfect way to spend Feb half-term with teens and tweens? Everything about New York was a hit, from Brooklyn Bridge to the Village.

We organised our 4 days vaguely geographically (with the exception of the Statue of Liberty — see below), like this:

Day 1: A diner, doughnuts and downtown

After the obligatory huge breakfast in a diner in the Village, and full of our favourite New York TV and movie must-sees, we set off to explore NYC.

According to the new Apple Watch, we walked 17,000 steps around downtown New York on day one in the Big Apple, starting with a visit to the top of the Oneworld observatory (worth it for the high tech lift experience alone but also awesome for the views) and a walk around the moving, serenely beautiful 9/11 memorial.

We had planned to join the Statue of Liberty boat trip after wards, but were put off by the immense queue, so, after considering and rejecting the Staten Island Ferry option (and munching on a Dunkin Donut) we decided instead to walk to Pier 11 for a ferry to Brooklyn and walk back across the Brooklyn Bridge as it was a beautiful day and we didn’t have any better ideas.

This iconic mosey over the beautiful Brooklyn bridge was a big hit, with glorious views and a relaxed, Sunday afternoon stroll vibe.

Our final stop on day one was to Chinatown, where we’d been recommended a place called Joe’s Shanghai, for absolutely delicious soup dumplings.

Day 2 was all about midtown and our mission to find Ellen’s Stardust Diner, home to the singing servers of off-Broadway. 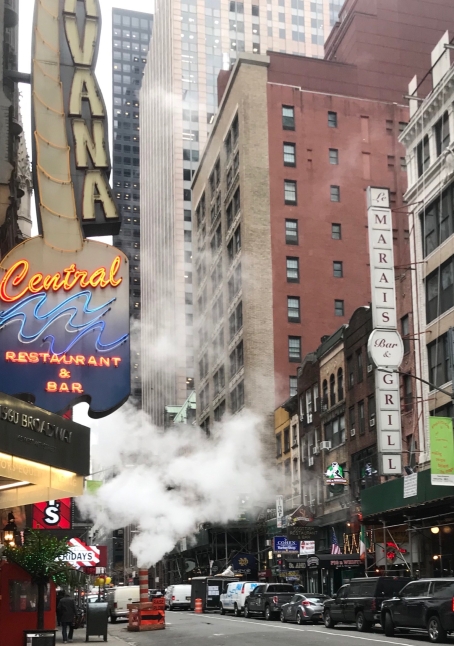 The subway ride was a breeze (if a little gloomy, compared to other city subways?) and we emerged somewhere near Times Square for a brisk and quite chilly walk (steamy sidewalk pic, tick) to the famous neon-lit square.

I was a bit worried Ellen’s Stardust Diner would be a disappointment after the build up and a 30 minute wait in the snow (we were lucky — apparently the queue is often longer) but it was great fun. 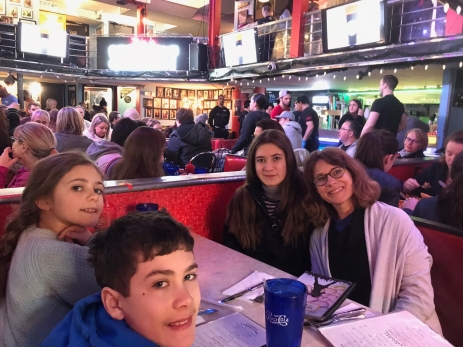 Every few minutes one or two of the servers bursts into a full-blown musical hit. The space is tight, so it all happens in close proximity to the diners, and it’s just brilliant. Our favourite server sang every part of Beauty and the Beast. (He’s famous for this. You can find the video here. )

Our final stop was my favourite train station.  I remember coming to Grand Central Station over 20 years ago and loving it. Happy to report it’s still the same beautiful, busy sanctuary from the craziness of 42nd St it was back then. Love this place.

Day 3: A side trip to a small and old but symbolic statue, the gorgeous  Guggenheim, cycling in Central Park,  Natural History Museum and Sunset at Top of the Rock 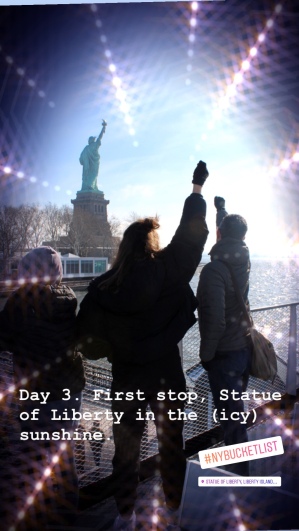 Our plan for the day was to get up early and nail that statue by getting on the first boat. We were successful, and, despite the still-very-long queue, delighted with ourselves for being so uncharacteristically efficient. However, we did cheat a bit. Instead of getting off the boat with all the other tourists for a closer look, we decided to stay on for the round trip. Because this was the first boat of the day, this meant we had the whole boat to ourselves, so we spread ourselves out and took a million photos without having to jostle for a good view.

We are really bad at arranging things to do once we’ve booked a trip, which usually means quite a lot of making it up as we go along and wishing we’d been more prepared. So, for this trip, we did pre-book some bikes from a rental place near Central Park, including this lovely tandem, and we spent a few hours happily pedalling around the park, which was beautiful in its dusting of snow. 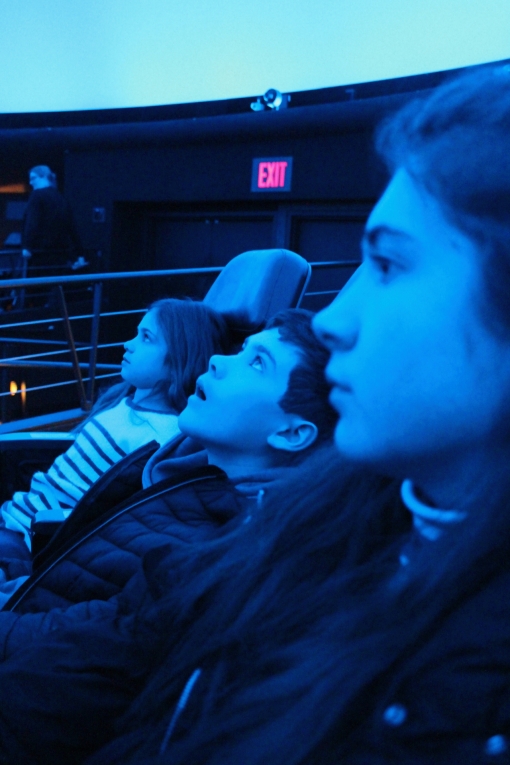 About 2/3 of the way round we came upon the Natural History Museum, so we locked the bikes, joined the queue, and mooched around the museum, which, although it didn’t quite live up to its Night at the Museum potential (no statues or cowboys coming to life, disappointingly), has a mind-blowing show about dark matter in the planetarium.

Penultimate day 3 stop, the Guggenheim. We started at the top and spiralled slowly downwards. While we loved the artist’s work on display (Hilma af Klint), what we enjoyed the most was the space, which is a work of art in itself. 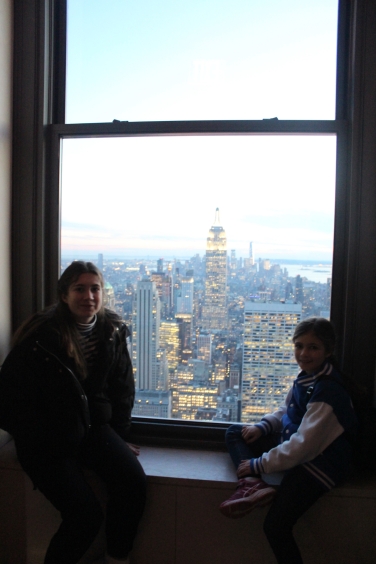 The other thing we managed to prebook was the sunset tour of the Top of the Roc (efeller). More queues, more inevitable security, not much of a sunset and hordes at the top diminished the experience slightly (or maybe we were just a bit tired after our third busy day), but it was interesting to get a different view of the city.

Day 4:  The Village and the Hi Line walk

Our last day was to be a little more sedate, we decided, so we opted to stay local and explore Greenwich Village (maybe even find the Friends apartment!), have pancakes at a recommended restaurant (Bubby’s) and walk the newish groovy High Line walk. 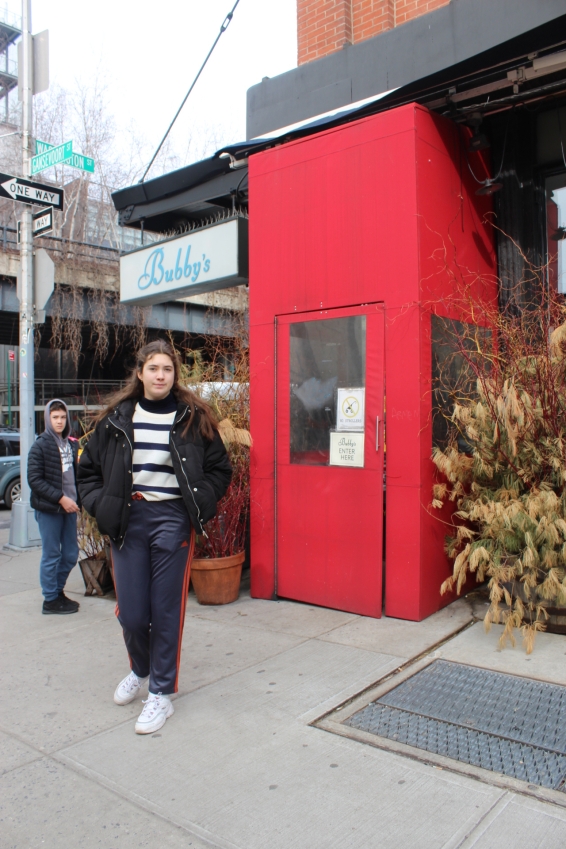 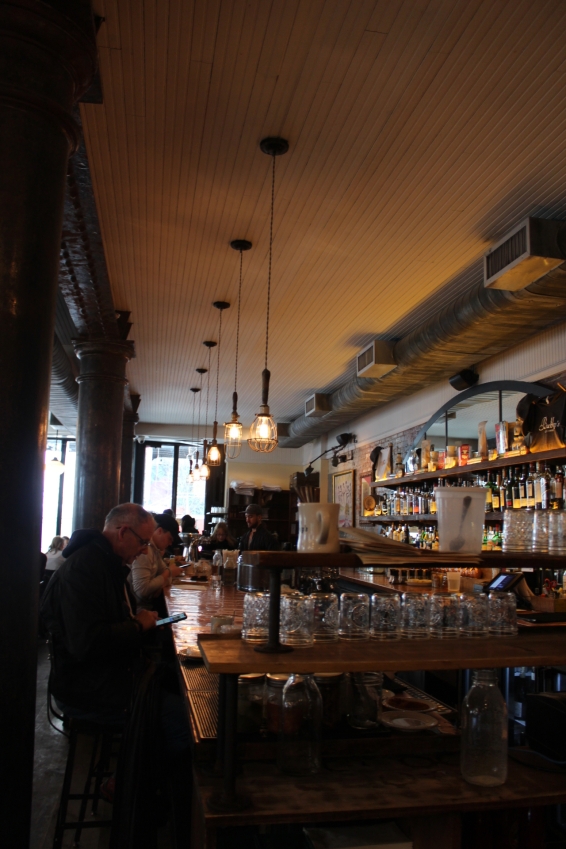 Bubby’s was a great recommendation for a classic breakfast or brunch right next to the High Line, but do arrive early, as it’s popular!

According to the visitor site, this walk is ‘a public park built on a historic freight rail line elevated above the streets on Manhattan’s West Side. Saved from demolition by neighborhood residents and the City of New York, the High Line opened in 2009 as a hybrid public space where visitors experience nature, art, and design.’ It’s great fun, and the views are fantastic. 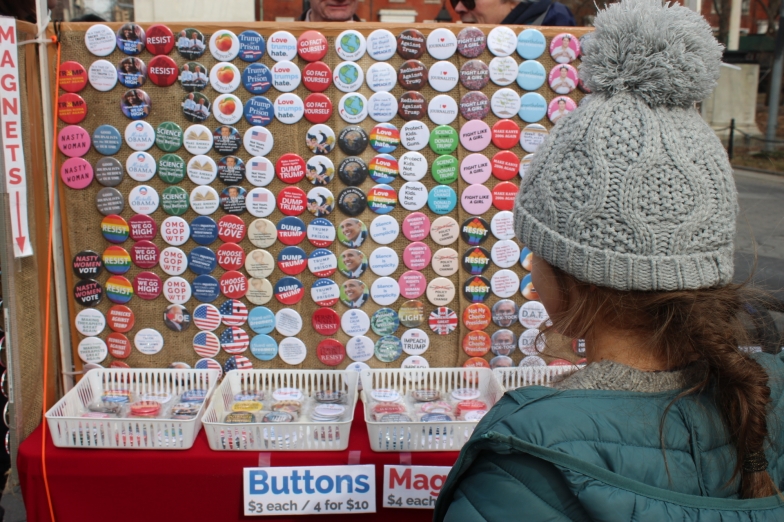 We also made it to Washington Square park in The Village, where we played a bit of Grandma’s footsteps (as you do) and bought some fabulous souvenirs 🙂 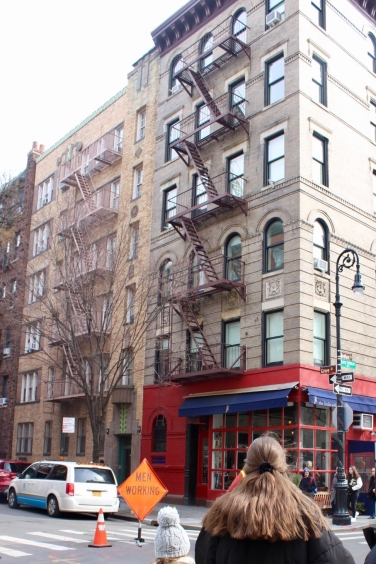 Our mission for this day was to join the other Friends fans and find the Friends apartment building, which we did (pictured) and were amazed to find NO CENTRAL PERK cafe underneath! Why?? 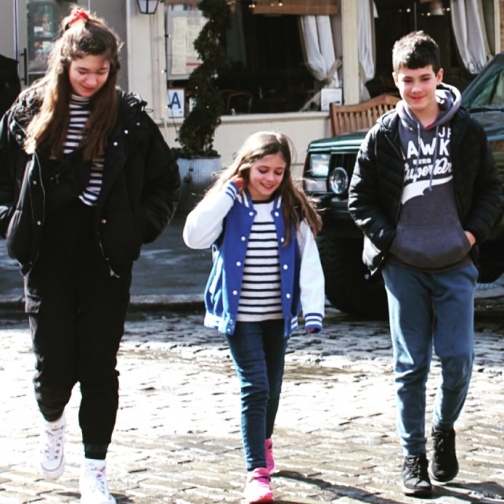 We stayed at: We were very lucky to have a brother-in-law living right in Greenwich Village, so were able to stay somewhere lovely, and central, FOC.

Tip: Uber XL was brilliant as a way to get around — often taxis in cities are tricky if there are five of you — but there are loads of XL Ubers so larger groups are easily accommodated.