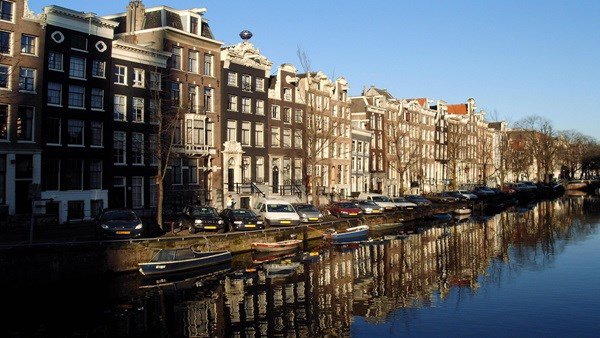 Delighted to have settled the annual conversation about how best to use the week after Christmas (is it really called Twixtmas, or did I make that up?) — it’s cold in Europe, expensive everywhere, but staying at home feels like a waste of a good week off school. Every year we consider a bucketload of  destinations, go down the route of planning at least five of them, and then end up in a cottage in Cornwall  — nice, but not terribly exciting.

This year up for consideration were: Mauritius, Sri Lanka, Thailand, Florida, New York, Denmark, Rome (and Naples), Athens and Edinburgh. No way could we afford the first lot, and the second lot turned out to be beyond our budget too this time, but the fabulous Skyscanner ‘Go anywhere’ option came up trumps once again with lovely easy and cheap flights to Amsterdam.

The only time I’ve ever been to Amsterdam was as a student. It was a charity hitchhike  and I went as a last minute stand-in with a friend of a friend I’d never met. All was fine, except it was a fancy dress thing and my partner in hitchhiking-crime chose to dress as The Grim Reaper — all six foot plus of him. This meant that we had to wait 10 HOURS at Ostend hitching for a lift, were the very last to arrive in Amsterdam and had only a few hours to enjoy the delights of the city before getting the bus home.

This trip has to be an improvement. With proper booked seats and no scary costumes I think we’re onto a winner.

Verdict: So pleased we chose Amsterdam for a post-Christmas city break this year.  Despite very grey weather there was plenty to do, it was incredibly easy to get around, folks were all friendly, and who wouldn’t love a city so rammed with bikes?

We loved: All the museums (especially Nemo, the Stedelijk and, of course, Anne Frank’s house) and all the bikes.

Hints: We struggled to find accommodation for 5 (I blame all those beautiful but narrow buildings), so ended up North West of the Centre, within spitting distance of Sloterdijk train station. From there it was an easy short hop by train, metro or tram, into town (though be warned, there aren’t any family-friendly travel passes currently — we had to buy each ticket separately).  Prebook the museums if you can — especially Anne Frank’s house — it really seemed to help. If you’re after family-friendly bikes (e.g. tandems, child seats, trailers) you’ll be best to prebook these too.

Our top Amsterdam picks with kids 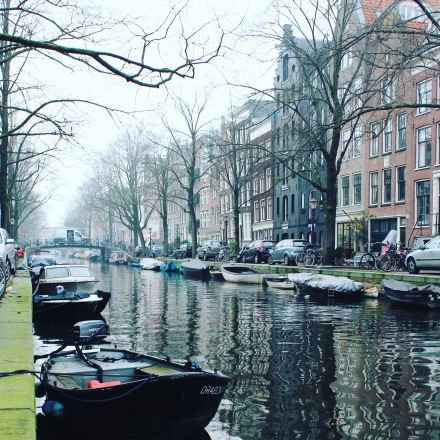 Let there be light(s)! Omnipotence at NEMO 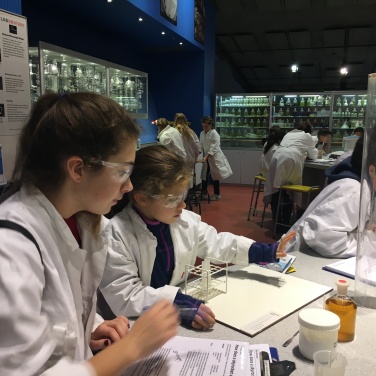 We had a lot of fun here on our first grey Amsterdam day.  So much to see and do!  It was rammed (it was a misty day so the world and his wife were indoors) and there was a bit of waiting — especially for the brilliant lab, where you don your white lab coat and goggles and do an actual experiment (What makes a sky rocket work? Vinegar and bicarbonate of soda exploding all over the place!)— but chock full of interactive science fun.  There were holograms, twirly swirly pedal-powered drawing machines, all sorts of physical challenges, experiments with light and sounds, a fabulous cafe … an all-round hit for this family!

2. All those bikes! And cycling in Wondelpark 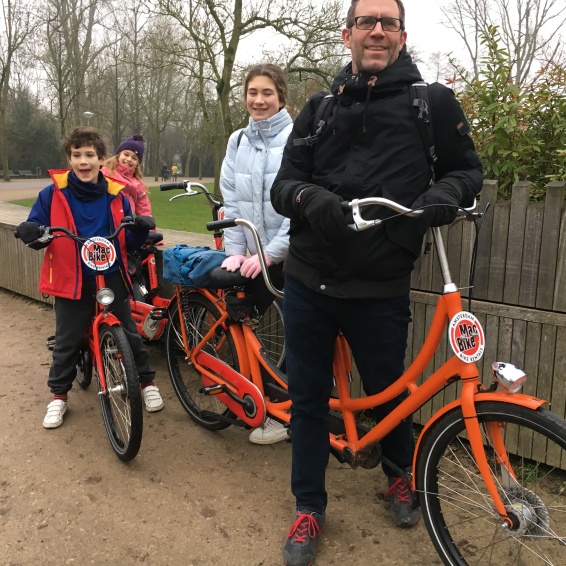 Cycling was freezing cold but lots of fun

Is this the biggest child seat ever? 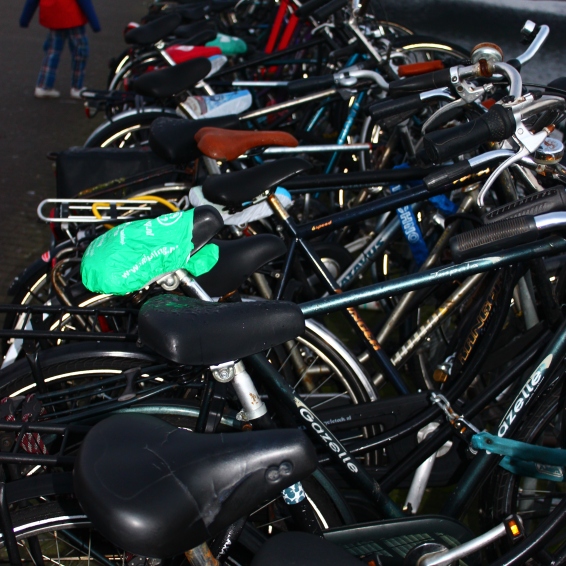 As a family of keen(ish) cyclists, Amsterdam was always going to be a winner. However, I definitely wasn’t prepared for the sheer volume of bikes! There are SO many bicycles in this beautiful city (around 600,000 according to my inside info, and around 150,000 bike thefts annually) they are packed into every possible space in an endless jumble of wheels, handlebars and pedals — so many, in fact, that the city has to provide multi storey bike parks. The cycle lanes were constantly full of city-dwellers getting from A to B in the best way possible and we even, slightly terrifyingly, saw the occasional moped whizzing along the bike paths. Slightly freakishly, for a Brit like me at least, they don’t seem to possess a single bike helmet between them.

We hadn’t booked bikes, and weren’t quite sure how the kids would manage the busy bike lanes in the city itself, so opted for a more sedate ride around the beautifully wintry Vondelpark instead.

3.  Pancakes and cheese and Chinese restaurants 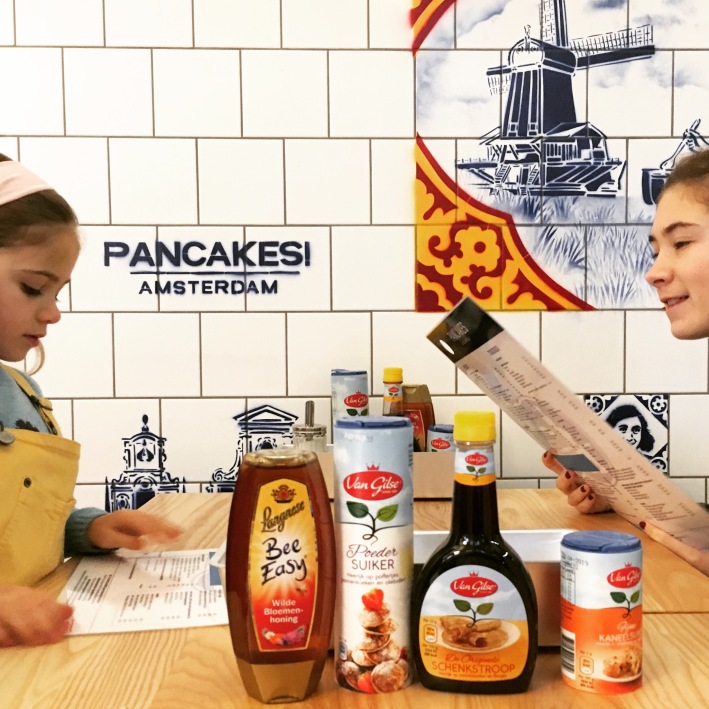 Think this was the Cheese museum

The Chinese restaurant in the bay, with lights and fountains in the background

Amsterdam’s pretty easy in terms of finding things to eat.  Fast-food is plentiful, and there are options to suit even the most picky of eaters.  We loved Pancakes of Amsterdam (near Anne Frank’s house), the atmospheric Brasserie Keyser (near Museumplein) and the Sea Palace Chinese restaurant (can’t miss it – on the docks between Centraal Station and NEMO).  We also drank PLENTY of hot chocolate in a fair few of Amsterdam’s cafes.

We know ALL about how tulips are harvested now 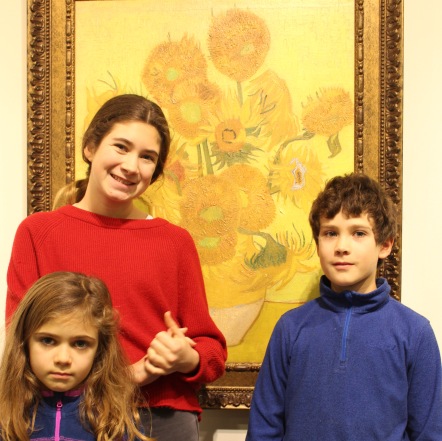 The only photographable exhibit at the Van Gogh museum. Don’t think it’s the original … 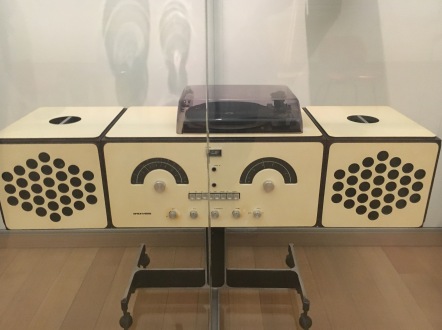 A revelation this trip was how many museums the kids were up for — they were amazingly receptive to the delights of several of Amsterdam’s many museums, including the absolutely unmissable Anne Frank’s house, which left a deep and lasting impression on all of us.  We also loved the Van Gogh museum, the modern art museum and (briefly!) the cheese and tulip museums! 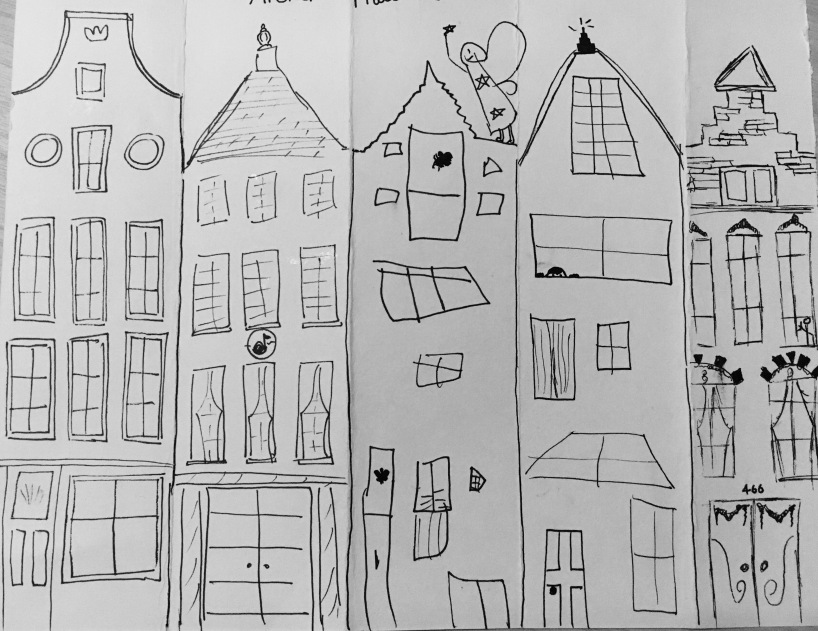 Artist’s impression of some buildings 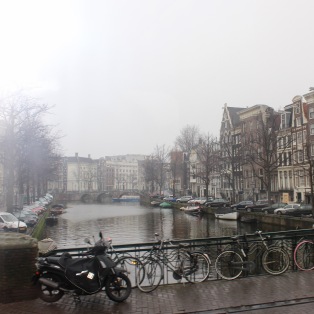 A bridge, some bikes, a canal (one of the 65 in total) and some lovely iconic buildings. Plus grey sky. 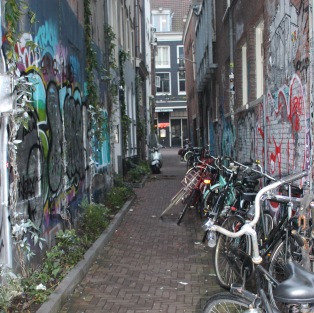 One of the beautiful wooden drawbridges Amsterdam is famous for

My source tells me there are 165 canals in Amsterdam (15 more than Venice!) and 8 lovely traditional drawbridges. Unfortunately, though we loved it here, the weather was PANTS so it was tricky getting decent photos. This is one of the better ones — bridge, tick. Canal, tick. Job done.

The weirdest cinema ever 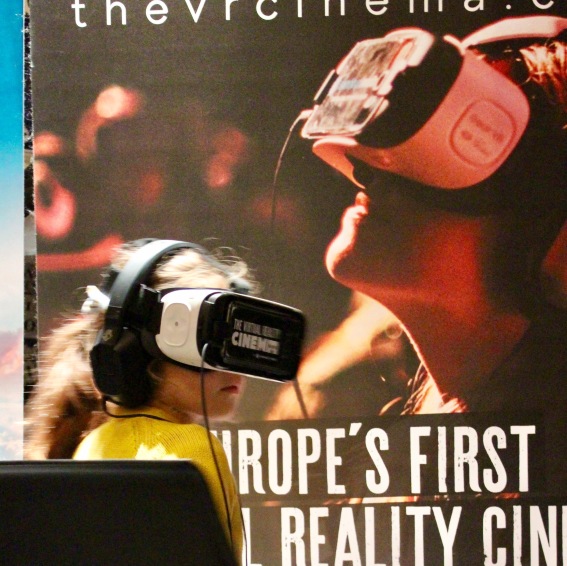 One of these girls is ours …

We happened to walk past this on day one (it’s between the main train station and NEMO and you can’t miss it) and were immediately intrigued.  This was great fun — basically, you book your slot, turn up, get handed a head-set, choose your virtual reality movie and sit back in your swivel chair, immersed in your surreal movie world.  While the films themselves were an odd mix of the surreal, the childish and the hyper-real, it was a good way to spend an hour or so.

We flew Bristol to Schiphol (fancy airport!) with KLM, but you can also do this trip with Easyjet

We stayed at Amsterdam ID Aparthotel Sloterdijk (a 2 bedroom apartment plus sofa bed in the living room, proper kitchen)

We ate at: Sea Palace Chinese restaurant (can’t miss it – on the docks between Centraal Station and NEMO), Brasserie Keyser (near Museumplein) and Pancakes Amsterdam (near Anne Frank’s house).

We booked bikes through: Macs bikes near Vondelpark